“This well-plotted survival tale about climbing partners and a deadly fall into a crevasse will certainly slake your 127 Hours craving, but it is a unique book on its own, avoiding the thumping cliches of the ‘rock climbing is dangerous’ genre.”

— NPR raves about The Ledge: An Adventure Story of Friendship and Survival on Mount Rainier

Thanks for stopping by kevinvaughan.net — my virtual home. I hope you’ll explore a bit — there’s all kinds of stuff to see — and that you find the visit an enjoyable one. 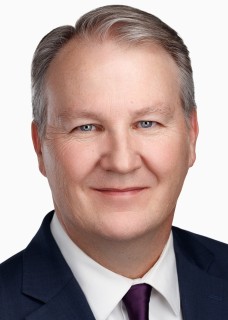 I’m still learning about what goes into a workable website, but I want this to be a place where I can share some of my stories. Those include my projects at Denver’s NBC affiliate, KUSA-TV 9NEWS, where I’m an investigative reporter, and some of my other work, such as the New York Times Best Seller The Ledge: An Adventure Story of Friendship and Survival on Mount Rainier that I co-authored with Fort Collins, Colorado, climber Jim Davidson. It was published by Ballantine Books, a division of Random House, and is available at fine booksellers everywhere. It’s the winner of the National Outdoor Book Award and has been released as an audiobook (narrated by Jim) and in Italy, where it got a new title (Il Cerchio Bianco). It’s now in its sixth printing in paperback.

I know from a quarter century of practice that writing can be an exasperating thing. The great sportswriter Red Smith has been quoted as saying: “There’s nothing to writing.  All you do is sit down at a typewriter and open a vein.”

But there’s also nothing quite like the written word — or the translation of it to the computer screen or to television.

I plan to point out work that I think is noteworthy — particularly narrative newspaper and magazine writing as well as storytelling that harnesses the power of television — and continue to apply the craft across a variety of platforms. I hope it will be a place where I can shed some light on this crazy thing we call writing, this thing which drives so many of us nuts for hours or days on end but which is also exciting, challenging and — when the words are flowing — even a little bit like fun.

And I think it will be a place where I can learn something from the people who stop by.

Stay as long as you’d like. Click around — you’ll find details on the book, on my 9NEWS projects, and even on my cramped, cluttered home office, where I write by the light of a desk lamp with a green shade.